The Invisible War: A Guide for Viewers

Thousand Waves and IMPACT Chicago are hosting a screening and discussion of the film The Invisible War, a film about rape and sexual assault in the military. Join us February 9, 4-6 pm, 1220 W. Belmont in Chicago.

The film conveys both the extent of sexual violence against women in the military and the general lack of response to women's reports.  Invisible War recommends that the military should take reports of violence against women seriously, by prosecuting rapists.  However, there are a number of disappointing aspects to the film that undermine an understanding of the violence the film itself purports to explain.  I am offering some questions to guide your viewing of the film, to help you draw out its strengths and place its disappointments in context.

1      Does the film represent the diversity of women in the military?

The film starts out strong in its portrayal of multiple types of women in the film, in terms of race. Is this portrayal of a diverse military maintained?  This is an important question to address because, without significant attention to African-American women in the military, violence perpetrated against women of color is likely to be obscured, a common practice in US culture.  As you view the film, assess in what ways white womanhood is highlighted as worthy of defense and protection and ways in which women of color are excluded from such protections.  To what extent does the film address how intersections of gender and race affect patterns of rape and sexual violence?

2      Why do rape and sexual violence happen in the military?

With any social problem or issue, it is important to address the relationship between individual behavior and the circumstances within which the behavior occurs. Hierarchal organizations produce higher rates of violence—sexual, physical and psychological—against women and men within them and against women and men outside them.  At the heart of these hierarchies is a commitment to very rigid notions of masculine authority. Thus, fraternities, male team-sports athletes and the military produce far higher rates of sexual violence than what is found in the population as a whole. Additionally, social science research has found that aside from more traditional views toward gender relations, rapists are not psychologically different from men who don’t rape.

3      How does the film link violence against women and other forms of violence central to the military?
The preparation for and carrying out of war-making upon people across the globe produces—perhaps requires—tremendous levels of violence upon individuals in the military with deleterious effects, only one of which is the havoc wreaked upon female service members.  Hardly a week goes by when there is not a news piece exploring the astronomical rates of suicide among or domestic violence by military veterans.  There are also many ways through which service members commit acts of violence, often in sexualized ways, against “enemy combatants” and civilians.  To what extent does the film connect violence against women in the military to women who are not in the military but who are near or on military bases or in nearby communities or the violence visited on "enemies,” including civilians? All of these forms of violence are linked to the masculinized structural hierarchies and culture of the military. Our understanding of next steps to reduce violence will be stronger, if we make those connections.

Framing the issue of sexual violence as one of predatory “bad men” serves to distance the problem—and ourselves—from the more fundamental issues at hand, which would require challenging militaristic logic and practices that characterize not only the military, but also our entire culture.   After viewing the film, think about ways that you can place rape and sexual assault in the military within the context of the US military and US culture. Think about what changes can be made to reduce violence against women in the military, women near military bases, women in the US and women globally.
Michael Armato
Associate Professor of Sociology and Women’s and Gender Studies
Northeastern Illinois University

For further reading on the links between masculinized culture and sexualized violence, as well as strategies for reducing violence, see the following online resources:

Physical and Psychological Benefits of Self-Defense for Social Workers 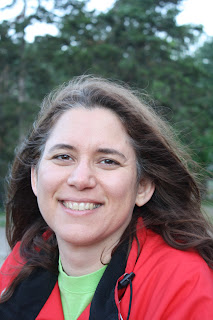 Following is an excerpt of a personal narrative by Diane Long that highlights some of the benefits of self-defense for social work. Diane has taught sex-positive self-defense for over 20 years, locally, nationally and internationally.  Since 2003, she has worked as a French interpreter for psycho-educational groups and mental health services at The Center for Victims of Torture in Minnesota. Her full article appears in the NASW Ohio September-October newsletter

For me, self-defense has always been associated with social services. I was first exposed to self-defense in a 2-hour workshop that was part of 40-hour advocacy training for Rape Crisis Services at a domestic violence shelter in Illinois. This training heightened my awareness of violence. The brief self-defense class offered as part of training gave me some practical tools to manage the increased fear and anxiety that came up as a result. The relationship was direct and immediate.

Women’s self-defense programs developed in the same era as social service agencies like women’s shelters, with shared goals of reducing violence and providing critical services. It has always been a natural partnership. Language and practice have evolved over time, to reflect current trends and a growing awareness of how various forms of oppression intersect.  There has been a move from “victim” to “survivor”, encouraging the use of people-first language, developing terminology to describe interpersonal violence that is more inclusive and adapting curriculum to be relevant for diverse groups. Many self-defense teachers offer specialized programming geared towards youth, LGBTQ communities, people with special needs, seniors, etc. There is also a clear need for violence prevention programming for boys and men. Like social workers, self-defense teachers try to respond to the needs of the communities they serve.

Social workers themselves can benefit from the tools self-defense offers in concrete ways. At this year’s NWMAF conference, Clara Porter, MSW, offered a class on Field and Office Safety. The Occupational Safety and Health Administration (OSHA) ranks health care, including social work, the third most violent profession in terms of workplace violence.  Social workers need to make safety assessments of locations and situations and develop safety plans. They need to set and maintain clear boundaries with clients and program participants. Assertive communication and de-escalation skills are needed to address inappropriate or threatening behavior and also for day-to-day interactions in the workplace. In a way that is similar to Basic First Aid, simple and effective physical defense and containment skills increase a personal sense of security and confidence in one’s ability to respond in a crisis. This translates into more ease in daily life.
No comments: