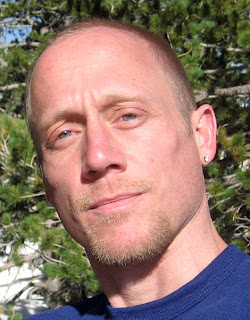 In both Guatemala and the United States, I have had the honor of learning from, and  being inspired by, courageous and brilliant women who work diligently for gender justice.
In the fall of 2009, I worked as a volunteer with the children of domestic violence survivors and conducted interviews with staff members at the Asociación Hogar Nuevos Horizontes (www.ahnh.org) in Quetzaltenango, Guatemala. Women such as those working at Nuevos Horizontes have taught me that as men we have the potential to transform ourselves, our families, our communities, and the world by supporting women’s struggles. Women across the globe continue to mobilize against various forms of gender violence.


Men have a responsibility to be allies in this struggle. Men commit the vast majority of rapes,
domestic violence, sexual harassment and femicides—the murder of a woman or girl because  of her gender. In various ways, even men who do not perpetrate violence against women and girls promote and condone it. One way is by remaining silent, sitting on the sidelines while women organize collectively. We must take responsibility to educate each other, speak out, and take action. Our own humanity is intertwined with the human rights of our sisters.


Every year millions of men rape and beat their wives, girlfriends, daughters and other
female relatives and acquaintances. The most dangerous place for many girls and women is the home, and domestic violence is the most common form of femicide. Violence against women has tragic consequences in Guatemala, the United States, and other nations.


Survivors of gender violence experience physical and psychological wounds that can be
long term, particularly if they are blamed for the violence and encounter disbelief from men and women in their lives. This re-victimization is often perpetrated by the criminal justice system when police officers, lawyers and judges fail to take rape and domestic violence seriously. For these and other reasons, many girls and women never tell anyone that they have been raped,
beaten or tortured.


Gender violence is associated with sexually transmitted infections, reproductive health
issues, and various mental health problems such as Post Traumatic Stress Disorder. Domestic violence has a negative impact on the psychological and educational development of children, both girls and boys. Unless we intervene to break the cycle of violence, when children who have experienced domestic violence become adults they replicate what they have learned, with girls often becoming victims, and boys often becoming abusers. Because gender violence hinders women’s ability to get an education, to work outside the home and to participate in culture and politics, it stunts community and national development.


Rape and domestic violence are not merely individual problems: they are social problems
generated by systemic inequalities. Sexism, racism and classism constrain and dehumanize
girls and women. Patriarchal gender relations lay the groundwork for gender violence. Within
families, boys are socialized to be superior to girls/women. Girls are socialized to be subservient to boys/men. Schools, sports, churches, the workplace and the mass media promote the dangerous notions that women should serve and obey men and that men should be tough and hyper-masculine at all times. Systemic poverty and racism make poor women and women of color more vulnerable to myriad forms of violence. Homophobia and transphobia heighten the violence experienced by lesbians, bisexual women and transgender women—and people in general who do not conform to traditional sexual and gender norms. War always generates more gender violence. Women’s lack of legal, political and economic equality makes them more vulnerable to violence and less likely to get justice.


For a version of this blog in Spanish, please contact Martha@impactchicago.org


See Brett’s upcoming blog on August 15, 2011: “What Men Can Do to Challenge Gender
Violence.”