What Would Yoda Do? 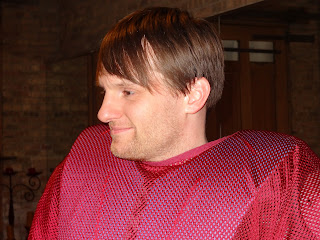 I remember once jokingly saying to a group of women in a Core class after a particularly emotional fight, "Yoda would really hate this stuff." We had just seen over a dozen women fight on the mat with a really impressive amount of power fueled by the emotion they were feeling in the scenario. Afterwards we sat down to talk about what they had just experienced and almost all of the students commented either on the emotions they were feeling or the intensity they saw in other women on the mat. Creating an environment where students have the license to bring whatever they feel to their fights is an essential part of the IMPACT Chicago curriculum. While I was kidding then, it does encapsulate a counterproductive message we hear from many other sources about how to approach self-defense. In countless action movies, emotion is at best a liability. More likely it is presented as a destructive force that can consume the protagonist as well as everyone else around them. From Bruce Lee's potato chip fueled quest for vengeance in the Big Boss to Yoda's vague comments about the slippery slope of being afraid, story tellers reiterate the same message: things go a lot smoother for the main character if they chill out, stay detached and unemotional. Many other examples abound including most kung fu movies, the Hulk, Rocky III, all the Borne movies, the Transporter, Buffy the Vampire Slayer, el Mariachi and many more. The idea that emotions are dangerous is not only present in popular culture but is also widely accepted as true by members of some self-defense and martial arts communities. Many self-defense instructors (outside of IMPACT) I know commonly claim emotions cloud your judgment or makes you irrational and therefore incapable of making good decisions. Some have even gone so far as to say that allowing someone to use emotion as fuel for a fight makes that person more violent and reckless. IMPACT's philosophy, on the other hand, doesn't have this hang-up and I find this very refreshing. We assume that whatever it takes for someone to protect herself is a good thing, whether that means getting mad, being afraid, or just loving fighting. Some people don't need their emotions to fight well, but if you do need it, it is a tool that is available to you. That is one reason IMPACT's method is successful; people have the space and the freedom to do what they must to keep themselves safe. When fighting for your life (which with sexual assault is often the case) it doesn't really matter how you get there, just as long as you are safe in the end. So I take issue with the idea that emotion has no place in self-defense. Despite all the warnings of popular culture and some self-defense instructors, IMPACT student don't become more violent because they feel rage or joy when defending themselves. Additionally, some of the most effective fights I have ever seen are when a woman is fighting and crying at the same time. Emotion is an asset in self-defense, not a liability. It is human, and it is good.