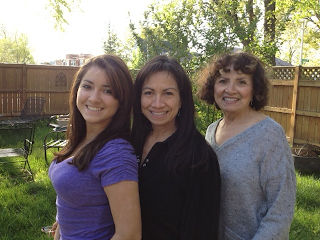 Her dad had a few ideas but ninja warrior training wasn’t a real life option. So I drilled my little ones in setting boundaries and we practiced using our voices just as I’d learned to do in IMPACT. Years later my daughter was excited to turn 16 and get her license. I was excited for her to take IMPACT. I got to see that familiar look of exhilaration on her beaming face. Her dad likes to tease and calls us ‘triple threat’ when we walk down the street, three generations of IMPACT graduates.