I Want Everyone to Know About IMPACT: Janette Scott

Janette Scott, new IMPACT Chicago Board member, is a Project Architect at Wheeler Kearns Architects where she works with residential clients and non-profit organizations, including schools and religious groups. Recently her office completed Lakeview Pantry on Sheridan Road. She and other staff will volunteer there, sorting supplies and stocking shelves. Janette will also be volunteering with Habitat for Humanity in November. On a personal note, Janette loves to make things. She crochets and always has at least one sewing project going. Mostly she make gifts for babies, birthdays, and holidays.

Janette was motivated to volunteer for IMPACT as a way to give thanks for her own IMPACT
experience and then her commitment grew into supporting other women by serving on the Board. She wants everyone to know about IMPACT and finds making it possible for others to take IMPACT extremely rewarding. Her first project as a Board member was to coordinate IMPACT Chicago support for IMPACT Boston grad Mal Malme who was running the Chicago Marathon to raise money for IMPACT Chicago instructors to receive training to teach IMPACT:Ability, a program for people with disabilities. A lively group of volunteers cheered on Mal with the signs that Janette created.

Email ThisBlogThis!Share to TwitterShare to FacebookShare to Pinterest
Labels: Board, volunteers

You know self-defense, I better watch myself.

In "An Open Letter from a Jane, to the Assholes She's Dated Who Say Stupid Things When They Find Out She Knows Self-Defense," Jane takes people to task who cannot figure out how to respond to a woman who knows self-defense.

Have you ever had anyone say to you: "You know self-defense, I better watch myself or you'll kick my ass. Hahahaha!" Jane says, they are really saying:  "what a joke--if I wanted to attack you, you couldn't do anything about it."

So Jane says things that she would like to say, such as, I don't hit people just because they say stupid things and if I were going to kick you, it would not be your ass, but your testicles because they are a much more vulnerable target.

For more about what Jane would say to guys she's dated who have said stupid things about her knowing self-defense, check out See Jane Fight Back.

Email ThisBlogThis!Share to TwitterShare to FacebookShare to Pinterest
Labels: About self-defense

Our next challenge, now that there is so much truth-telling, is developing the skills to meet these courageous disclosures.
We know a tremendous amount about trauma and healing now. But -- and I say this as a social worker -- we cede this knowledge to professional clinical spaces. We think that people who have been hurt can be helped in the magical therapeutic treatment space, and polite social discourse can remain untroubled by this ugliness.
I say this as someone whose life has been absolutely transformed by what I have found in the magical therapeutic treatment space.
But if recent events tell us nothing else, they tell us that the general discourse cannot be shielded from interpersonal and sexual trauma.
This is why we have to learn skills of empathy: The ability to be present to someone else's strong emotion. The willingness to be awkward when we're not sure what words are right. And, the right words:
I'm sorry that happened to you.
I believe you.
You didn't deserve that.
That wasn't your fault.
I'm glad you told me.
Lynne Marie Wanamaker, Facebook post, October 15, 2016

Making Out Like a Virgin: Sex, Desire, & Intimacy After Sexual Trauma

MAKING OUT LIKE
A VIRGINSex, Desire & Intimacy
After Sexual Trauma

There are many helpful resources available to victims of sexual trauma, but there is little information about how to move beyond mere survival. Animal Mineral Press—a new publishing company that focuses on books promoting healthy aspects of sex, sexuality and relationships—hopes to change that with the release of premiere title, MAKING OUT LIKE A VIRGIN: Sex, Desire & Intimacy After Sexual Trauma (Portlyn Media Trade Paperback Original; October 18, 2016; $16.99). In this new book, editors Catronia McHardy and Cathy Plourde provide an inspiring, moving collection of personal nonfiction essays that detail how writers from around the world have moved beyond mere survival of sexual trauma to unapologetically discover sexually and emotionally thriving lives.

The survivors in this bold, new book do not recount their individual traumas. Instead, they do something much more profound; they reveal how they reclaimed their bodies and their sexual desires. By telling their stories, these writers share their strength and successes found somewhere between the big shifts and small intimate moments, inspiring others while furthering their own healing.

The title MAKING OUT LIKE A VIRGIN reflects the idea of a rich and full life after trauma—something that can be difficult to imagine while busy surviving. Reclaiming life after trauma means relearning to think about sexuality in positive ways, exploring, affirming, and safe. The editors looked for contributors who could explore their sexuality as exciting and lustful, with desire and intimacy that was open and mutual. These narratives are an invitation for survivors who have been wounded to come back, try it again, love your body, and to say it is possible to get back to that place.

The anthology features contributions from 17 people: women, men, and transgender; ranging in age from their mid 20s to their late 60s; hailing from 6 countries including the United States, Canada, Australia, Ireland, Egypt, and the United Arab Emirates.

The voices in this book are a start. None of the writers offer up the usual magazine headlines or “ten secrets” or “best tips” or “quick results” because there aren’t any. There are common threads that unite them as people who have retrieved and embraced feelings for lustful sex, desire, and intimacy. Each of them challenges the notion that survivors of sexual violence are not "supposed" to be sexual beings; they decline to be shamed or pitied, refuse to retreat as damaged. Instead, they define what is expected and accepted for victims and survivors after trauma on their own terms.

Edited and introduced by Catriona McHardy and Cathy Plourde with a foreword by Sue William Silverman, author of LOVE SICK: One Woman’s Journey Through Sexual Addiction. Paperback, audio and eBook formats will release simultaneously. Tavia Gilbert, the award-winning narrator and Co-Publisher of Animal Mineral Press, will perform the audiobook edition of the book.

MAKING OUT LIKE A VIRGIN is the book that everyone who has been directly been affected by sexual violence--survivors, their loved ones, practitioners in the field, educators, and social scientists alike--will reach for when they want to hear from those who have found a way out from under labels and limitations.

ABOUT THE PUBLISHER
Portlyn Media is an imprint Animal Mineral Press – a new publishing company that covers different aspects of sex, sexuality, and relationships, including non-fiction, faith-based romance, erotica, and other fiction for youth, new adults, and adults. 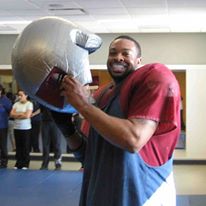 This letter serves as notice to the IMPACT Self Defense Community that I have retired as a suited instructor. It has been such a pleasure working with all of you over the last twelve years, but after many years of using my body to help teach self-defense, I’ve decided that I would like to parlay my acquired skills into a new position within the organization that is less physical.

I can whole heartedly say, my journey has been a transformative one. It has educated and inspired me in unimaginable ways. One of the highlights of my teaching experience has been watching you make the empowering transformation in the class from day one, to day three or four. I sincerely hope I am replaced with an instructor who will not only give all of him or herself to the craft, but also receive as much knowledge and growth as I have, working with the great staff and students over many years. 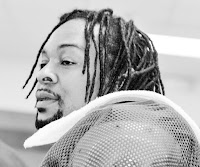 Although my new role has not yet been identified, I look forward to serving you in that new capacity once it is determined.

I thank you all for the opportunity to work for IMPACT Chicago Self-Defense. I wish each and every one of you much success, and I look forward to working with you in a new capacity within Impact Chicago.