"Get Out of My Home and Don't Come Back"

In Jan Jordan and Elaine Mossman's "Get Out of My Home and Don't Come Back: Empowering Women Through Self-Defense," they report their research on the possibilities of empowerment self-defense programs for preventing domestic violence (Violence Against Women 2019, Vol. 25(3) 313–336).


Jordan and Mossman conclude that their research "demonstrates the potential of feminist empowerment self-defense programs to build confidence and resilience in women whose lives previously have been circumscribed with fear and violence."
No comments: 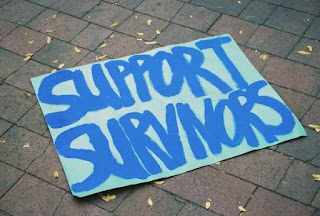 
For more details about each organization and what they do, you can find the Reader article here.

Women Can Defend Themselves: I'm Tired of People Lying That They Can't 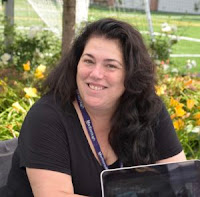 Our society raises all non-male genders to fear men. We are told that they are too strong for us to fight. When I was growing up, the wise advice we got from the police was, “Don’t resist and you will be okay.” Even at 10 years old I knew that was bullshit.

I used to watch Law and Order: CSI (I stopped watching several years ago for this very reason). One of the main characters, Detective Benson, was a woman who was very good at her job. One day she was assaulted and raped. We had spent many, many years watching this character defend and stand up for herself and be very confident and powerful. She had shot and even killed people in the line of duty. She regularly went into dangerous situations with her colleagues. But when the violence was rape, she was not able to defend herself. REALLY!?!?!? So she can defend the lives of other people, no problem, but when it’s interpersonal violence against herself, she can’t do it???

This is the message we get over and over again…  It’s a lie, and I’m tired of hearing it.

We are all capable of defending ourselves. We were designed to survive and have MANY mechanisms designed to keep us alive. We were born with the will to survive. All we do at IMPACT and other ESD courses is REMIND you of the skills with which you were born and give you the opportunity to practice them.

What happened when women came forward to hold R. Kelly and Brett Kavanaugh accountable for sexual abuse? According to University of Oregon research Jennifer Freyd, DARVO is what happened. DARVO is short-hand for "Deny, Attack, Reverse Victim and Offender." She says it happens when someone who is guilty of sexual assault says that he is the victim of the accuser's lying.

Freyd and colleague Sarah Harsey conducted two experiments to assess the success of DARVO in turning a perpetrator into a victim and vice-versa. In the first experiment, two groups learned of an account of abuse. One group did not have any other information and the other group heard a DARVO response from the perpetrator. Those who heard the DARVO response were more likely to blame the victim and less likely to believe the victim's account.

In the second experiment, half the participants learned about the DARVO response and the other half didn't. The DARVO-educated participants were more likely to find the perpetrator less believeable.

Freyd and Harsey intend to do more research, but believe their results suggests that DARVO is effective in discrediting victims but that DARVO-education can reduce its effectiveness.

Check out Jennifer J. Freyd's webpage What is DARVO to learn more about:

The second strongest predictor is the relative number of women to men.


If men outnumber women, especially at the top, and if the profession is traditionally male, there is likely to be more harassment.

Ways to Build a Better Culture
You can find the full article here.