The Power of NO 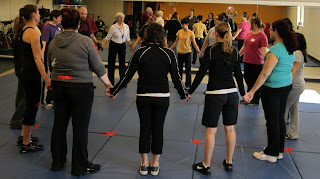 A common experience in an IMPACT Chicago program is participants gathering in a circle and uniting their voices with a loud NO.  What is it about that circle that unleashes such powerful energy? On the surface it seems like a simple exercise, however, the underlying assumptions and principles are complex.  Key assumptions are that experiencing and/or witnessing violence affect the total person, disrupting our sense of wholeness and creating individual isolation and feelings of helplessness and powerlessness; and that we have the capacity to turn feelings of helplessness and powerlessness into empowerment.

Empowerment occurs when we claim or reclaim our body, mind, and spirit and experience our connection to others. In a NO circle:

Email ThisBlogThis!Share to TwitterShare to FacebookShare to Pinterest
Labels: empowerment, IMPACT Chicago, no

"Five Fingers" of Being An Ally

Developed by Pamela Robert and Martha Thompson, 2014 Thousand Waves Martial Arts and Self-Defense Center Meditations on Activism: On Being an Ally (updated 2020). Adapted from “Five Fingers of Self-Defense,”an approach to teaching self-defense to women and girls created by women martial artists in the 1970s: Think, Yell, Run, Fight, Tell. 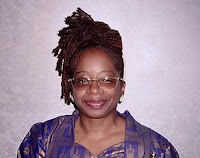 In 2010, I was asked to give a presentation at the National Women’s Martial Arts Federation/Self Defense Instructor’s Conference. This was the first time that I formally made the connection between self-defense training and microaggressions.The conference organizers indicated that I could speak about anything that I wanted to. The topic was open.  They told me that I was recommended.  My friend and mentor Linda Ramzy (a central figure in the Empowerment Self Defense Movement) had given my name to the coordinators as someone that they should ask to speak.  I think that one goal was to add more diverse voices. I was not sure what I wanted to present.  At that time many things were going in my personal and professional life and I believe that made me think about microaggressions. In 2010. the concept was not part of common social discourse like it is now.  In fact, no one really referred to the concept except people in my field (psychology). When I told people in my dojo what I was going to talk about they said “what’s that?” I got the same reaction when I submitted my title to the conference coordinators.Now it is part of the common lexicon. (Some years ago, it even came in one of my favorite shows “Grey’s Anatomy.”)  This morning one of my neighbors used the term during a conversation in our building’s laundry room!

As many of you are aware, “microaggressions” was a concept first developed in the early 1970’s. Chester Pierce (1927-2016) an African American psychiatrist and Professor at the Harvard Medical School, Harvard School of Public Health and Harvard Graduate School of Education created it “to describe modern-day racism in the U.S.” Since that time, Derald Wing Sue (Professor of Counseling Psychology at Columbia University) and his colleagues have made it a central psychological concept.  First aimed at the discrimination which is targeted at people because of race and then expanded to include other identities.  Their definition:

Microaggressions are the everyday slights, indignities, put-downs, and insults that people of color, women, LGBT, or those who are marginalized experience in their day to day interactions with people. Micro aggressions often times appear to be a compliment but contain a meta communication or a hidden insult to the target groups in which it is delivered. People who engage in microaggressions are ordinary folks who experience themselves as good moral decent individuals. Microaggressions occur because they are outside the level of conscious awareness of the perpetrator. (Sue 2010)

In addition, I wanted the organization (NWMAF) to examine the ways in which it could be strengthened by attending to this issue.  Were particular groups being driven away because of subtle forms of bigotry?

I was prompted to finally write about this history because over the last several years my work on microaggressions has been used and continues to be used by ESD instructors and their students without giving me credit. While I am flattered and pleased that the self-defense community has taken up the concept and incorporated into their work I nevertheless would like to remind empowerment self-defense instructors that I have been contributing to the framing of empowerment self-defense and microaggressions for a decade (full citations below) and that it is important to use these citations in their presentations and publications

I started writing this piece several weeks ago. So much has happened from June to September. It appears that the world has been spinning on its head. We have seen great highs and great lows. I have at times gotten caught up in the eddy of despair, fighting to keep from being pulled under. Microaggressions are so embedded in our society, that they are thought by some to be the norm.

Some of the highs. We are in a crucial historical moment. Some places are coming out of Covid -19 quarantine; while we are seeing spikes in other places.  This has highlighted inequities.  We are watching protests in the US and across the world against racial injustice. We witnessed two ground breaking Supreme Court decisions and saw Juneteenth be recognized (in some states and cities as a holiday.) After years of pressure, a national football team removed their logo and started the process of changing its name. This is after years of protests that the image is insulting and damaging to indigenous people (“microinvalidations”/”environmental microaggressions”).  For many these events demonstrated the restoration and recognition of their experiences.

At the same time there have been great lows for example, watching peaceful protesters shot, gassed, and called “thugs” and “un-American.”  While counter protestors are called adherers to American values and patriots. Most recently having the current administration state that anti-racism training and critical race theory are “divisive anti-American propaganda that increase hate. In addition, urging federal agencies to cancel contracts for these programs.

Microaggressions continue to be with us. They are potential threats to physical and mental health.  As empowerment self-defense instructors, we have a role to play in both their eradication and assisting people with handling them “in the meantime.”