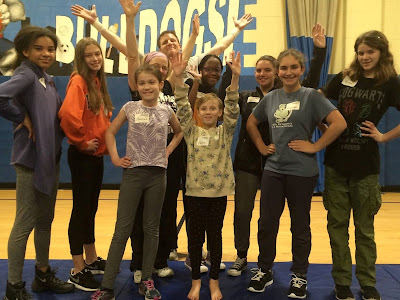 Without intervention, girls' confidence drops between the ages of 8 and 14.

In the New York Times article  "The Confidence Gap for Girls: 5 Tips for Parents of Tween and Teen Girls, " Claire Shipman, Katty Kay, and JillEllyn Riley offer advice for parents. 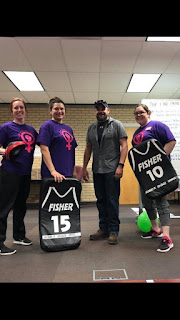 Baby, a No’s a No Tonight

Baby, a No’s a No Tonight
(New lyrics to that classic, holiday boundary-crossing song "Baby, It's Cold Outside!")
Cathy Chapaty
I really can’t stay
(Baby, it’s cold outside.)
D’you hear me say…?
(Baby, it’s cold outside.)
This evening’s been swell; just wanna thank you.
(I’ll hold your hands; they’re icy—these two.)
Listen, I’m starting to worry.
(Beautiful, what’s your hurry?)
I think that I’ll just head for the door.
(Listen to the fireplace roar.)
I really must go. A no’s a no tonight.
[Cue ’40s musical interlude while Person 2 rethinks behavior—but, alas, still doesn’t get it.]
Don’t want another drink.
(Baby, it’s cold outside.)
This isn’t what you think.
(But baby, it’s cold outside.)
The answer’s still no; won’t say it again.
(I thought you wanted me to make you give in.)
I really like you—that’s certain.
(Shouldn’t I draw the curtains?)
But I’m not in the mood tonight.
(Come on, baby. Why put up a fight?)
You need to hear me: A no’s a no tonight.
[More musical interlude while Person 2 rethinks behavior. Couple gets up and walks to the door, switches signing roles.]
I’m sorry. I was wrong.
(So glad you listened to me.)
I just like this song.
(Some other time, if you please.)
I really can’t tell. I’m bad with social cues.
(I’ve learned to set clear boundaries, thank you.)
When you say no, no, no sir…
(That doesn’t mean to come closer.)
But what if I never tried?
(It’s not about hurting your pride.)
I get it now…
(Together) A no’s a no tonight!

For an analysis of the original version, see Sheila Watson's December 10 post: "What's wrong with Baby, It's Cold Outside?"
No comments:

More on the "Baby, It's Cold Outside" discussion. It's an important conversation. Comment on one of the half dozen threads I have read: "If she doesn't like how pushy he's being, why doesn't she just leave?" Yeah. Let that sink in. Literally what the song is about. Her trying to leave. The first line of the song is, "I really can't stay." (For those who are unclear about consent, that is a strong boundary set there).
First, thank you for acknowledging he is being "pushy". Yes. He is. And nearly everyone on the threads minimized his pushiness as being some level of flirtation or innocent or at least excusable behaviour. But let's be clear what is going on: he is actively rejecting her boundaries and refusing to consider them, let alone comply with them. He is refusing to comply with her expressed wishes for agency over her own actions. That is the very definition of non-consensual behaviour.
Most people have answered that the reason she didn't leave is because she didn't actually want to leave. She wanted to stay. But let's take a look at that. She very clearly articulates her wish to leave. Repeatedly. She very clearly says, "no". But her articulated wish is NOT to be accepted. Indeed it is incumbent upon her partner to determine her _true_ wish and to act upon that _true_ wish rather than her very clear expressed wish.
Almost no one in the threads had advice on how he could improve his behaviour. Almost everyone had advice on how she should adapt to the violation of her boundaries.
Think on that in terms of consent. The message is that consent is not found in her expression, but only in what the perpetrator (and the audience) _thinks_ she _truly_ wants. The rule for sexual encounters becomes, "What does she _really_ want?" (Which he gets to decide). VS "What is is she telling me she wants?" (Which she gets to decide). It establishes consent as an internal dialogue of the perpetrator rather than a paying attention to and complying with the wishes of his partner!
And THAT is rape culture operating in the present day. Still. Dismiss the communication and replace it with whatever you want to believe. That is NOT consent.
And yes, I hear that "things were different back then" and that we are looking at past events through the lens of modern thinking. The problem is that modern thinking hasn't changed that much. If it HAD, we would all be agreeing that when making the choice between complying with explicitly expressed non-consent and doing what we think they _really_ want, the former wins. Period.
This is not a conversation about the past. This a conversation about how we can understand the present. It's a conversation about what to teach our boys about consent. And what to teach our girls about whether their agency will be respected.
Someone needs to take this song to their child and say, "Don't do this. Doesn't matter what you think they want. Matters what they communicate to you." And from the conversation I witnessed on social media, not enough people are doing this. We, as a society, are not doing this. Instead we are dismissing and minimizing this. It's wrong. And we need to change.
Sheila Watson

If you like the tune to "Baby, It's Cold Outside" but not the lyrics, check out Cathy Chapaty's alternative lyrics: "Baby, A No's a No Tonight" on the December 17 IMPACT Chicago blog.
No comments:

You can find the full article at Medium.