In August, I had the honor of participating in a week-long strategy discussion concerning the development of the field of Empowerment Self-Defense. One of my contributions was to talk about rape culture – what it is, and how Empowerment Self-Defense works to change it. This is an adaptation of those remarks.
Rape culture refers to the ways that sexual violence is normalized and trivialized in our culture – from scantily-clad backup dancers to rape jokes. A recent, infamous example is the recording of then-candidate Trump’s comments to Billy Bush that was released in 2016.
I don’t personally love the term ‘rape culture’, because I think when people first hear it, they think about a culture of rapists, and it’s more subtle than that. Rape culture is insidious because it is largely invisible – it’s like the old saying, “A fish doesn’t know what water is.”
Empowerment self-defense recognizes a rape joke as a form of violence. It’s not overt physical violence, and it doesn’t warrant an overt physical response, but nonetheless it is something that causes harm, and can be defended against. And ESD teaches that small forms of violence can build into overt physical violence, so those small forms can function as an early warning system. Physical and sexual violence doesn’t erupt out of nowhere; even strangers will go through a testing process before aggressing on a victim. And of course we know that the vast majority of sexual violence is perpetrated by someone known to the victim – which would be terrifying if it meant that one day someone can be perfectly normal and the next day they’re a rapist.
Fortunately that’s not how it works. Empowerment self-defense teaches people to notice and respond to small forms of violence – rape jokes, for example, or seemingly minor boundary violations. Someone who texts me 300 times a day may just be overly enthusiastic and clueless, but if I tell them to stop and they don’t, I now know that they’re not very good at respecting limits that someone sets for them. Someone who tells a rape joke may just be going for shock value and the cheap laugh, but if I tell them it makes me uncomfortable and they react with defensiveness or dismissal, I know that they care more about their own agenda than respecting my wishes – and that therefore they’re not a safe person for me to spend time with.
And the really powerful aspect of empowerment self-defense is that it teaches people to attend to the meta-conversations – to notice when someone is trying to manipulate them rather than just responding to the manipulation; to notice who is in charge of the energy in an interaction, and to take charge of that energy as a way of increasing their safety.
And yes, sometimes it doesn’t work. Nothing works 100% of the time. So ESD also teaches easy ways to hurt people who are bigger and stronger than you enough for you to get away from them.
One of the realities that ESD contends with is that, because so many assaults come from known attackers, defenders can be unwilling to use physical defense because they aren’t willing to hurt their attacker. So ESD reminds them that strategic compliance is a valid option, and nothing that they do or don’t do makes it their fault that someone else chose to attack them. Increasing options and increasing choices also increases resilience. Maybe the most important thing empowerment self-defense does is to teach that no matter what happens, we have choices in how we respond.
Amy Jones, Violence Prevention and Self-Defense Program Manager at Thousand Waves Martial Arts and Self-Defense Center. Self-Defense is Not About Eliminating Risk was originally published 9/15/2017 in tyrft: Thousand Waves' Blog/Newsletter. Reprinted with permission.

Email ThisBlogThis!Share to TwitterShare to FacebookShare to Pinterest
Labels: About empowerment self-defense

Supporting a Friend Who Has Been Sexually Assaulted 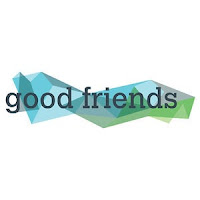 In "How to be a Good Friend to a Sexual Assault Survivor" in Teen Vogue, Alisa Zipursky says:

Respect a survivor's choices about healing from the trauma

Stand with a survivor during dark and scary moments

Make it easier to give and receive support

Check in about what works best for your friendship

10 Ways to Change the Culture after #MeToo

In "USM Educator Offers 10 ways to change the culture after #MeToo," Kathryn Skelton writes about the work of University of Maine educator Kimberly Simmons. Here are highlights from Simmons. Read the full article here.

1) Believe yourself; believe others.
2) Acknowledge the ways that sexual violence intertwines with racism.
3) Learn more about campus sexual assault and Title IX.
4) Interrupt rape culture and address “toxic masculinity.”
5) Protest the sexualization of childhood and be a savvy consumer.
6) Learn about powerful resistance and activism.
7) Know your civil, workplace and educational rights.
8) Include LGBTQ people in conversations about sexual assault and gender-based violence.
9) Support comprehensive sexuality education and reshape rape culture into a culture of consent.
10) Consider training in Empowerment Self Defense.
Katherine Skelton. 2017. "USM Educator Offers 10 ways to change the culture after #MeToo." Sun Journal.
No comments:

How Could I Not Intervene?

I am a bit shaken. No physical harm was done, but a lot of verbal abuse and I am not sure if I made matters worse by intervening...but I don't see how could I not...

I was walking to the grocery store and thinking how cool it was to see all these kids coming home from school on such a beautiful afternoon. I thought, "This is a nice neighborhood. These kids can walk home feeling safe." But as soon as I thought that, only half a block further, I saw an older woman standing by a car yelling at a teenage girl. The girl was standing against the fence of a building listening to her phone. The lady was getting into her car, but kept yelling at the girl.

I was going to just keep walking when I did a double take and asked the girl if she was okay. She nodded imperceptibly but looked clearly afraid. I asked her if she was waiting for somebody and she said yes, her sister. I asked her if she wanted me to wait with her and she nodded emphatically. In the meantime the angry woman kept yelling at her all this vile stuff that started with saying "It says no trespassing! Can't you read!" The tirade included things like "You animals!" She basically accused the girl of being a prostitute.

The girl looked to me like a young teen, maybe fourteen. She was African American or African (there are many African immigrants in my neighborhood). The angry woman was white. I am Latina, light skinned, with a clearly foreign accent. A couple of times I said calmly "We are not trespassing. We are on the sidewalk." She yelled at me to mind my own business and asked if I was the girl's mother, to which I replied that I was her friend. Finally, a school bus arrived, a girl stepped out of it and scurried away with the girl I had been keeping company. They did not look back. I stuck my head in the bus and told the driver what had happened and asked him to watch out for the girls the next day. As I walked away the lady yelled to me again to mind my own business. By now it was clear to me that this lady was mentally disturbed. I also talked to the crossing guard. This happened just a little bit further away from the area she would be watching as kids crossed the streets. She promised to be on the lookout.

The angry woman had gotten in and out of her car several times during the incident and I have to say that there was a moment when I thought "What if she has a gun in the car????" Luckily nothing else happened, but I keep thinking of those girls and wonder if this interaction had happened before or if it would happen again. I wonder if I might have made the woman angrier by making her feel disrespected. (But of course, she was violently disrespectful to the girl).

When I came back from the store I noticed that the woman was still in the car. Then I saw that the car had a "No trespassing sign." She was not referring to the building! She was referring to the car! It also had several plastic bags all over. I realized that I had read part of the story wrong. I thought the woman lived in the building on which fence the girl was leaning. My impression now is that the woman is probably homeless and lives in her car. I remembered that when my husband's grandmother had dementia one of her delusions was that there were kids doing drugs by her window. I feel all heartbroken: on the one hand I realize that this old woman must have a hard life and that she was not acting rationally. On the other hand, the kid was being terribly harassed and, I still believe, terrorized. In self-defense I have often heard that the mentally ill are more often victims than aggressors. But fear can also lead to violence. And things like dementia can also bring up deep anger and prejudices. I'm sad and still a bit afraid thinking the girl might need to wait there again tomorrow.

Days later: The event haunts me. I drive often down the street where it happened and I am always on the lookout for both the woman’s car and the girl and I wonder if they are okay….