Back in the day

Back in the Day: Reflections on the first IMPACT/Model Mugging Class 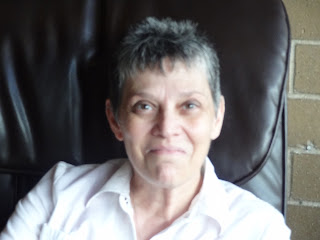 The world cracked open for me in August 1987 in a way that would leave me forever changed; I was one of the fourteen women who took a self-defense class called Model Mugging. No, we did not mug models. We changed the world just a bit. While I cannot speak for the other women, I do believe most would agree that those five evenings on the mat shifted our way of being in the world.

It certainly changed the direction of my life, so much so that I knew I needed to be a part of what would become IMPACT, so much so that I became the first certified female instructor in Chicago and probably east of the Rocky Mountains, so much so that I had the honor of walking with countless numbers of strong women who signed up for classes, workshops, or informational talks for the first twenty-two years of IMPACT’s existence in the Chicago land area.

For those who have taken the class, I do not need to discuss its transformative power, but I can share what the class meant to me. It shook me to the core and when the shaking stopped enough, I saw myself differently. It helped me integrate body, mind, and spirit and called me very clearly to help others come to their own truth, their own life in their own way. As an instructor, I always believed that every woman speaks the truth of her life and has the right to speak it clearly, strongly, and with a non-negotiable sense of dignity. I should like to think that I helped provide the space for women to do their inner and outer work.

Over the years, I was known for coming up with phrases that might put things in perspective: “Love those hips!” “Strong women can fight and cry at the same time!” “Different mugger, different day!” “You can put a new ending to an old story.” And my favorite, “GET UP!” At a visceral level, I knew the fear and doubt many women felt during a difficult scenario, and I always felt blessed to be a witness to a woman so willing to step into the unknown and come out the other side.

Many times after a class, I would go home and cry—not because a woman couldn’t learn how to protect herself, quite the opposite. I would cry because a woman found the strength, however tentative, to say “no.” And that little “no” became a big “No,” and that big “No” joined the “No” of all the other women in class, and at graduation, when graduates of previous classes came to support the women graduating that day, the “No” would represent circles within circles of all the women who stood up one at a time to make a community of warrior women who simply want to walk in the world on their own terms.

I have always believed that we have the responsibility to make the world better than we found it, and it has been my honor and privilege to “lay down the mats” and have women come to their own truth. Twenty-five years in some way is a long time to support such an effort, but in truth we are just beginning.